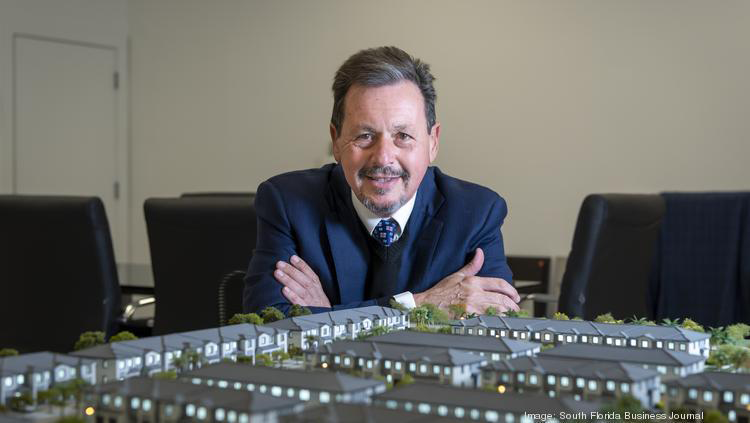 When South Floridians think of Homestead, they often recall its agricultural roots and the devastation it endured during Hurricane Andrew.

But that perception could soon change. Major developers that once shunned the area to focus on urban cores are flocking to the city, which now leads the charge in south Miami-Dade County’s building boom.

Nearly 30 years since Hurricane Andrew, Miami-based Related Group and Coral Gables-based Century Homebuilders are laying the groundwork for projects in Homestead. The city is also one of the biggest South Florida markets for Miami-based homebuilder Lennar Corp. (NYSE: LEN).

And, unlike the strictly single-family development of past years, there’s more multifamily in the works now. That’s creating new opportunities for developers and businesses at a time when land prices and rents are surging throughout South Florida. It’s a trend likely to endure as more people move out of urban cores due to remote work.

“South Miami-Dade has more affordable land, and also large-enough tracts of land where we can do 300 or 400 units in one project, so it creates more economies of scale,” said Albert Milo Jr., president of Related Urban Development Group, the affordable housing arm of Related Group. “We can build more garden-style and mid-rise apartments, which are less expensive to build than high-rises with structured parking in the urban core.”

The Related Group has proposed the redevelopment of the former Homestead City Hall.

The Related Group is working on CityPlace Homestead, the city’s first major mixed-use project, which is modeled after CityPlace Doral. It’s now negotiating a final development agreement for the 16-acre former City Hall site. The project, which Milo said will serve as a gateway destination for the city, would feature 328 apartments, commercial space and a public park.

The company is also working on two workforce apartment complexes in neighboring Princeton, so its south Miami-Dade pipeline is over 1,100 units, Milo said. Related hasn’t built anything near Homestead since an affordable housing project more than 15 years ago, he added.

Still, the question is whether job-creating commercial projects will follow that residential growth, since the majority of residents now commute outside the area for work. Several new projects could generate thousands of jobs, although one would require moving the urban development boundary.

South Miami-Dade was already growing. And by 2040, the county projects that the population will increase by 110,000 – a 40% surge – south of Southwest 184th Street. The emergence of remote work during the Covid-19 pandemic will continue to make relocating there a more viable option for many people, developers say.

Sergio Pino, president of Century Homebuilders, spent much of the last 20 years building in Doral, Kendall and Coral Gables. In 2021, he started his first project in south Miami-Dade, near Florida City, and marked the end of the year with half of his sales down south.

He currently has more than 950 homes in the works in the area and is seeking more land. Pino opened a sales office in Florida City, and this year anticipates 70% of his sales will be in south Miami-Dade.

Pino said he has clients selling homes in Coral Gables and buying homes on a half-acre lot in Florida City for a fraction of the price. (Realtor.com reports the median listing price in Coral Gables is $960,000.) Pino has even had buyers from New York and the Florida Keys, where homes are typically even more expensive.