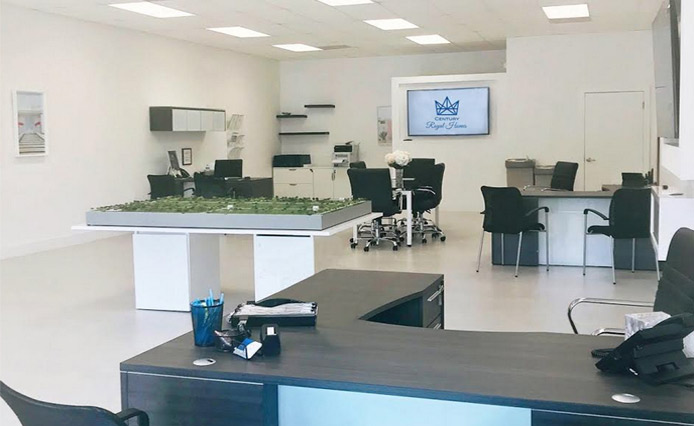 Miami, FL –4/1/21-Century Homebuilders Group, announces the opening of a new, state of the art sales & design center in South Dade. The sales & design center is conveniently located at 35202 S. Dixie Highway, Suite 160, Florida City, FL 33034. The homebuilder/developer is expanding their South Florida footprint by introducing 3 new construction communities in Florida City that will be sold from the new sales center location.

“This is a sign of the times for Century Homebuilders, and just one of the exciting expansion ventures they plan to announce this year”, stated Sergio Pino. “Homestead and Florida City are historic gems. They are situated between Biscayne National Park and the Everglades and have grown popular for tourists which helps local businesses, Century is excited to offer homes in this area,” he added.

The office will be managed by Karl Neumann and three Real Estates Professionals.

For more information regarding Century Home Builders please visit www.centuryhomebuilders.com , or call the Coral Gables sales center 305-599-8100 or the Homestead sales center at 305-705-6818.

Headquartered in the Miami, FL area since 1995, and founded by Sergio Pino, Century Homebuilders Group is a diversified real estate operating company that focuses on the acquisition, development, construction, and management of residential communities and commercial land.  Throughout the company’s history, the company has acquired, developed and/or managed over 90 multi-family and condominium communities accounting for over 16,000 homes in Miami Dade and Broward Counties.  Century Homebuilders Group has received many acknowledgements and accolades throughout the past three decades such as being ranked amongst the Greater Miami Chamber of Commerce Top 100 Hispanic Companies, Builder Top 100, Hispanic Business Top 100, and as The South Florida Business Journal’s Largest Hispanic Owned Business.  In addition, Century Homebuilders Group has won over 200 Builders of South Florida’s Best Awards for Excellence in the Homebuilding Industry, and Sergio Pino has received an honorary South Florida Entrepreneur of the Year award from Florida International University.